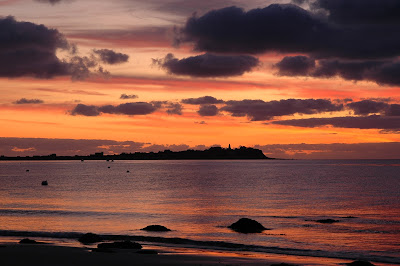 SORRY, we can't tell you where these photo's were taken... That's OUR secret!
Posted by Unknown at 8:37 AM 1 comment: 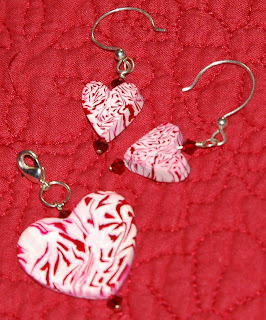 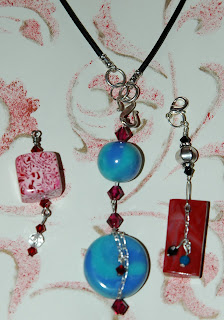 On a rainy day in June we invited our friend Carolyn and crew over for some jewelry making fun, snacks and laughter...

You never know where you will meet an " artist"!

It was in the stands during our children's baseball games that we got acquainted.

I shared my portfolio of Hand Painted Furniture http://www.paintedladydecorativearts.com/ with

her and she said,"I make jewelry"! At the next game she was wearing one of her beautiful pieces which instantly got our attention! Our daughter expressed an interest in learning how to make the beautiful beads she was wearing as well as how to finish her pieces more professionally. Carolyn was happy to offer her time and expertise! She was also kind enough to give Nicolette and I some of her finished pieces which are featured here.

What I love about Carolyn's work is that her beads look like glass! When I learned they were made from Sculpy clay I was very impressed and wanted to know more about how they were made. I also love the way that her pendents are interchangeable.

~Thanks Carolyn and crew for a great day!

Read more of
Posted by Unknown at 3:53 PM No comments:

I just love old images of times gone by. Especially those from the Victorian age. This one is from an old marriage certificate. It speaks to me because we spend so much time near the Atlantic shore. We honeymooned on Nantucket and near Cape Cod Bay 18 years ago in the month of September. Just looking at this image brings me back to a time when our life as a young couple was much more simple! I think Ann Morrow Lindbergh http://www.amazon.com/Gift-Sea-Anne-Morrow-Lindbergh/dp/0679732411 describes this time in a couples life best... In her book Gifts From The Sea she likens it to the season of spring time.... Everything is new, blossoming, fresh and fragrant and the possibilities seem endless... She was right! As I look back over the last 18 years I am amazed at how fast the years have gone by and how blessed we have been creating our married life together. We are no different than other folks who are raising kids, helping aging parents, making the mortgage and keeping a keen eye on our 401K's and sleeping dreams as we go through life at what seems like the great race against time.. Sometimes we need to just take a pause from it all... It's times like these when we can rely on a ritual or two to help us reconnect, refuel and reignight the passion we once felt more often.

One of our rituals it to pack a picnic and head out alone either by car or by boat. (and one day by horseback but I may have to blind fold and hit my husband on the head for this one)! We stuff our basket full of our favorite treats, and a little something bubbly to drink. Cheese and crackers, strawberries dipped in chocolate and a sense of adventure. With a little wind in our hair all the worries and cares of the world fall away even if just for a day...

When is the last time you stole some time with your beloved? If you can't remember then it's time! Plan something soon....you'll be glad you did :) 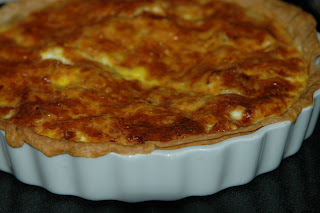 Well, here it is as promised! My favorite Quiche recipe.. It's not fancy at all...Maybe that's why the kids like it??? Since we started keeping chickens we have a lot of eggs around so I started baking quiches... They are fast and easy to prepare and work with breakfast or lunch as a light meal...

Crust: I cheat and use ready made crust 9" deep dish or frozen Pillsbury Pie Crust from the frozen food department. Follow baking directions on crust package.
Tip: you won't need to bake the crust first...but you will need to cover the edges with foil for the first half of the baking time so the edges won't get too brown...

Mix eggs and milk together in large bowl with wire whisk.
Brown onion and ham in skillet until lightly browned.
Add cheese,ham and onion mixture to eggs.
Pour the egg mixture carefully into your prepared pie crust and place on cookie sheet covered in foil... filling it just about a 1/2 inch below the top of the crust edge. That way if things bubble over while baking it will be an easy clean up! Hey, I'm not Martha.. I spill when I cook :) Salt and pepper the top before putting it in the oven..

This quiche is perfect for a late Sunday breakfast served warm with a
cantaloupe and blueberries fruit salad and banana nut bread...Yummmmy!!!!