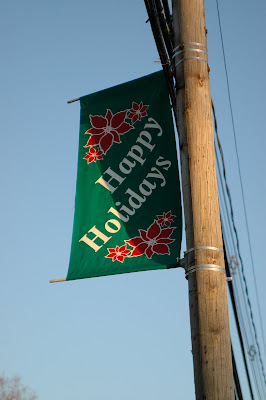 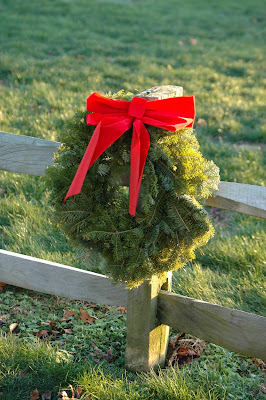 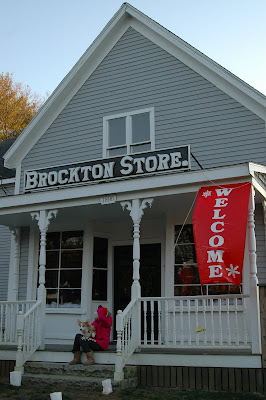 Every town in New England has something special going on for the holidays.


Halifax is special to us. This is the town my husband grew up in. His brother has served on the Halifax Fire Department for 30 plus years. The same fire department where his father served as a volunteer fire fighter until he retired at 65 and where his family was rooted in farming along Rt 106 when it was still a dirt road. Not the paved main Rt. through town like it is now.


My in-laws still live in the old farm house that was part of the original Bosworth Farms some 100 years ago...Where they have lived for 60 plus years. On the day of the Holdiays in Halifax we arrived at their home eager to help them with their Christmas tree trimming and head out to take in the festivities along the Historical Village.


The side walks were lit with luminaries and all municipal buildings were full of neighbors, towns people, and select men and women. Not to mention hot cocoa, baked goodies and plenty of Good Cheer! 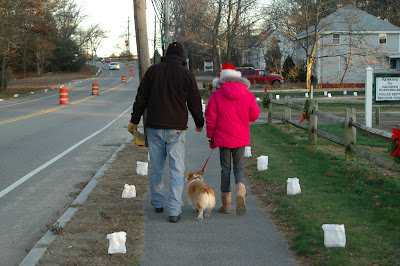 The Brockton Store was also the Post Office at one time. Stepping inside was like taking a step back in time... The shelves are lined with old planes and other tools from back in the day, and cracker, flour and coffee tins too! No general store would be complete with out some penny candy jars which were front and center on the counter ready for little hands to reach in for a nice tasty treat! The pride and joy of this building is the original barred window from the old post office which is on display at the back, center of the building, right where you would expect it to be. Larry, the post man was on hand to share a bit of history with us. Turns out the apple doesn't fall too far from the tree. His mother used to work at the old post office when it was part of the Brockton Store.  The building is nearly finished with only the second floor remaining and a few   founding family  resident's names to be placed on the original metal mailboxes. After our visit at the Brockton Store we walked down to the Old Library which is now the Halifax Museum and Farmers Club. It seemed strange and oddly familiar at the same time to see photo's here and there of my in-laws and extended family members from over one hundred years ago up to the present. My in-laws were members of Farmers Club and various other town committees for many years. The Albert Kiernan School House, also on the Historic District is named after my husbands uncle.

What I love about a day like this  is being awake to the fact that what we call " history" is made up of a lot of stories all tied into eachother that will continue if they are honored and preserved through the efforts of people who are committed to doing the digging, dusting, building, research, fundraising and planning that is necessary to have a Historic District for people to enjoy.


I walked away knowing I couldn't possibly tell all the stories waiting to be told in one article, but feeling blessed to be a part of a family who is just one of the founding families of Halifax. 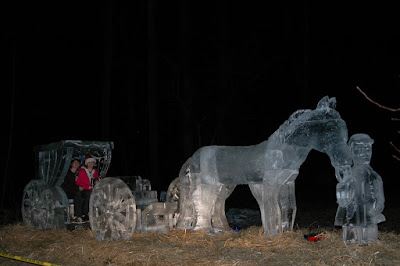 This ice sculpture was the topper of the night! It was created in honor of the horse and owner who used to give the hay rides at this event. Isn't it amazing?  I couldn't believe the kids were actually willing to sit on that seat of ice!


What's happening in your hometown for Christmas?