Waiting In The Wings... 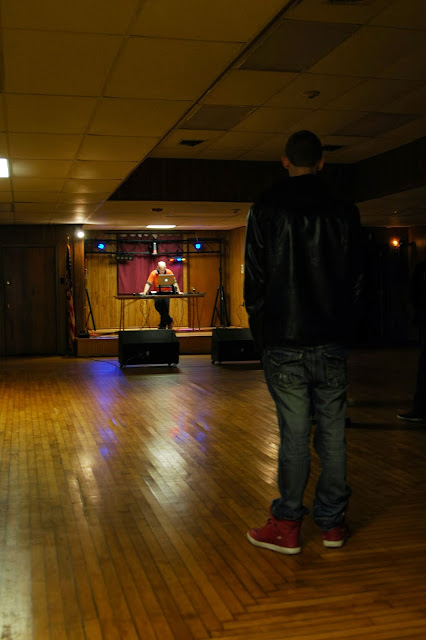 I don't often write about our children. They are teenagers and you know teenagers... They can be funny about what we parents share about them even to our friends and family, much less a large public community like blogging or Facebook. I'm not Pioneer Woman  ( love her !) and even though I LOVE LOVE LOVE seeing her children's smiling faces on her lovely blog my two would probably shoot me dead and bury me in one of my dahlia beds if I posted actual frontal facial images of them on a regular basis! Believe me, it's not easy for me to hold out on you ! They are the reasons behind everything I do as a mom!  It's hard to believe we are only a few short years from an empty nest.
In the meantime I'm learning a lot from our boy about following your dreams. Here's where I get to brag a little... Humor me?

If you're a mom, no doubt you've been inspired by your child/children for one thing or another, at one time or another. Our oldest will be 18 in a couple of months but he's been making his own trail for a few years now. He knows exactly where he wants to be in life. Making music, producing music and sharing the universal language of love with the masses. Will he get there? I think he will and here's why. He started writing rap lyrics when he was 14. As a home-school mom I thought it was great that he was writing on his own and his early lyrics weren't bad either.

Fast forward three years. He has a home recording system which helped him produce his first mixed tape over the summer...That's young speak for C.D.. Ten original Raps! At first we weren't thrilled with the fact that he wanted to rap. If you've heard some of it, you know why. Here's what we told him. Be true to your self as an artist, don't copy others and create music you'll be proud of many years from now. So far, so good.
Here's what I've learned from our son after watching him hone in on his personal dream star.

If you don't follow your dreams, you may never catch up to them!

He works HARD at following his dreams!!!
He puts his heart and soul into his writing every single day. When he's not working, he's listening to music, writing lyrics, recording music and networking with other artists.
He's starting to get some shows! The image above of him waiting in the wings for his most recent performance makes me so proud. Not because I want a famous son one day, but because I know he has something inside to share with the world and how hard he's worked just to get there, to that very spot.

The places he performs aren't the cream of the crop but that doesn't matter to him. He has something to say to the world, something to share. Any opportunity he has to do that makes him happy and keeps him moving in the direction of his dreams. With each performance he broadens his horizons and gains momentum to continue on.

It's not always the most talented people who make their dreams come true. Most of the time it's the most persistent and disciplined that rise to the top and inspire others to work with the same passion and dedication to get there too! That's a our boy! I'm not only proud of him and his work ethic, but I'm so very pleased for him that he knows his own heart and mind at such a young age. What a gift!

Is there someone in your life who inspires you to follow your dreams?
I'd love to hear about it!

Oh how wonderful for you all . Our kids are also out and about living their dreams our oldest is 24 the middle is 20 and the youngest is 18 all out living their lives don't quite know if it is their dreams yet things keep changing lol but they are still young lol !
Thanks for sharing and congrats to your son on pursuing his dream ! Have a good week !

Lol, buried in one of your dahlia beds... I can so relate. My big kids aren't big on being paraded around my blog either. Brag away proud momma, wishing your son the fulfilment of his biggest dreams!

A Daughter of the King said...

Oh, this was wonderful to read!

"Be who you are and be that well" ~St. FDS
Sounds like you have nurtured the boy quite well.

What a wonderful post! I can see why you are so very proud of him, it's not always easy to follow your dream! :)

Wise, Wise, Wise mother/parents. It take tremendous courage to trust a child's dream. The payback is huge. Children will float to the top and shoot right out of the sky if they are not held back by their parents' fears. You are looking at how it plays out. Well done!

What a beautiful tribute to your son. Also kudos to you for recognizing and supporting his dream.